We are bringing regular personal interviews, so you can get to know more about the Ashborne Family and its members. This time meet Martin Gregor, a Senior Technical Designer currently working on mission tools for our unannounced project. 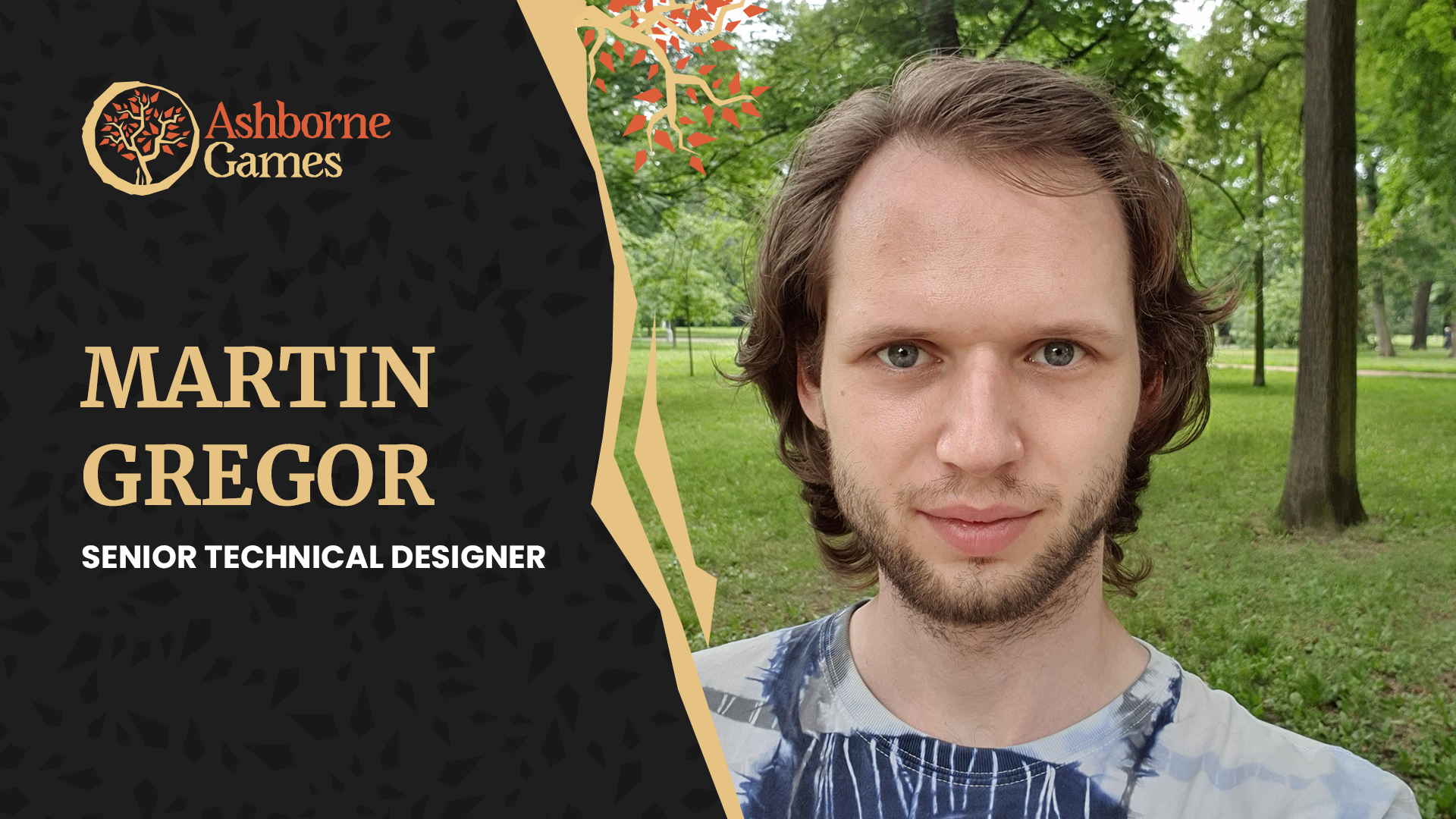 What is your role in the Ashborne team?

I’m a technical designer. It means that I take designs and requirements from other departments (most often game and level design) and translate those using mutual dialogue into technical specifications. Then I implement those into the project which usually means a mix of C++ and Blueprints since we’re working in Unreal Engine.

What is your contribution to the Ashborne team?

I enjoy meetings. I have a reputation for sneaking into any meeting that I don’t get kicked out of. I love hearing about any aspect of the project I’m working on. This in turn means that I can usually give at least a semi-useful answer to any question or in the worst case I at least know who to turn to to get the answer. That is quite useful for a technical designer since the discipline tends to get involved in most parts of the game sooner or later.

How did you become a technical designer?

I knew I wanted to get into game dev while studying at university. Even in this early stage I was drifting towards a technical designer role without even knowing it as I took a basic course in anything that seemed at least semi-useful: programming, 3d modelling, basics of animation, image processing, databases and many others. Sadly there weren’t any game dev oriented degrees here back then which has changed in recent years. After graduating I applied for a job (any job, really) in a local studio I knew as Altar Games (at that point already part of Bohemia Interactive). I was hired for a position that turned out to be sort of a proto- technical designer (there were no technical designers in BI at that point in time). I was implementing existing systems into individual game assets via vast amounts of parameters in vast amounts of configuration files (anyone from Arma modding scene will know what I mean). Over time our department became more and more involved in the development of the systems themselves and when we transitioned to Unreal Engine, we became technical designers in our complete form.

What games have you worked on? Which one is your favorite and why?

My first game was Arma 3. I joined the project about a year before it came out in early access and I’ve seen it through its main release, expansion and many of its DLCs, over 4 years altogether. Later I joined Project Argo and after its development finished over a year later, I transitioned to Vigor for about 3 years. In Ashborne Games I spent a few months with Comanche and then moved on to our unannounced project. Like with kids, there are no favorites. Each project was a unique and incomparable experience for its own reasons. Arma 3 was my entrance to game dev and everything was new and there was everything to learn. Argo had its charm as it was a small project with a tiny team plus anyone we could beg, borrow or steal from it’s big brother Arma. Vigor allowed me to dive into the technical designer role in its fullest (however fuzzy the definition of that role might be anyway). Comanche was an exercise in proficiency and adaptability, taking someone else’s long-running project and helping it along its last steps to release. All those projects had one thing in common though: they existed before I joined, be it for a few months or several years. But the current project… it’s the first time that I’m there from the very start, and it’s the first time I had to face the question “how do you actually start making a game?”.

What is your favorite thing about being a technical designer? Least favorite?

Being in the middle of it all. I never was and never will be a great programmer or scripter, but lucky for me that’s not what my role is about. Getting to work a little bit with every part of the game… that’s what I’m in it for. But it’s also the least favorite in a way, as it gives you a front row seat to all the things you could get involved in but don’t have the time to do so.

In the perspective that we are developing a historical Strategy & RPG, can you name any Strategy games that you like?

I grew up with the Blizzard RTS games; later I moved more towards slower paced genres like 4X. Recently I’ve been playing Northgard a lot. And I mustn’t forget Original War that holds a special place in my digital library. 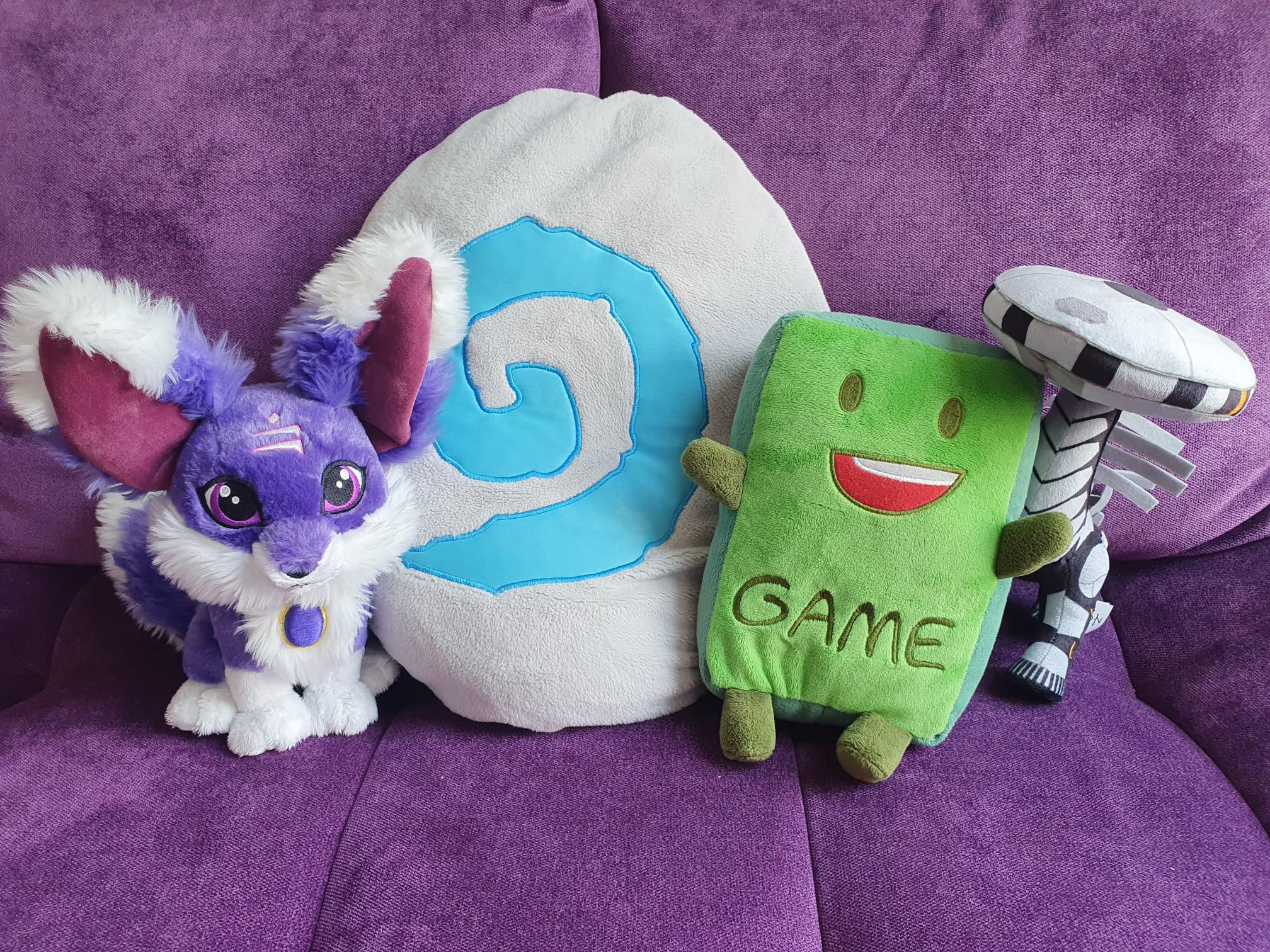 I play games. If possible, I listen to a podcast or a youtube channel along with it (in recent months mostly naval history). When I do manage to force myself to exercise, it’s usually acroyoga or running. Also I just dusted of my wheels to get back to freestyle slalom skating.

What are your all-time favorite games and why?

Don’t know about all-time favorites, but there are some that I always return to, eventually: Transport Tycoon, Warcraft 3, Civ 5 and Original War.

Mainly what I dub the “mainstream nerd fantasy”: Tolkien, J.K.R., Sapkowski, (Warcraft). And a bit of sci-fi (SG and BSG). And why? Why do we like the things we like? A question for the philosophers, which I’m not. 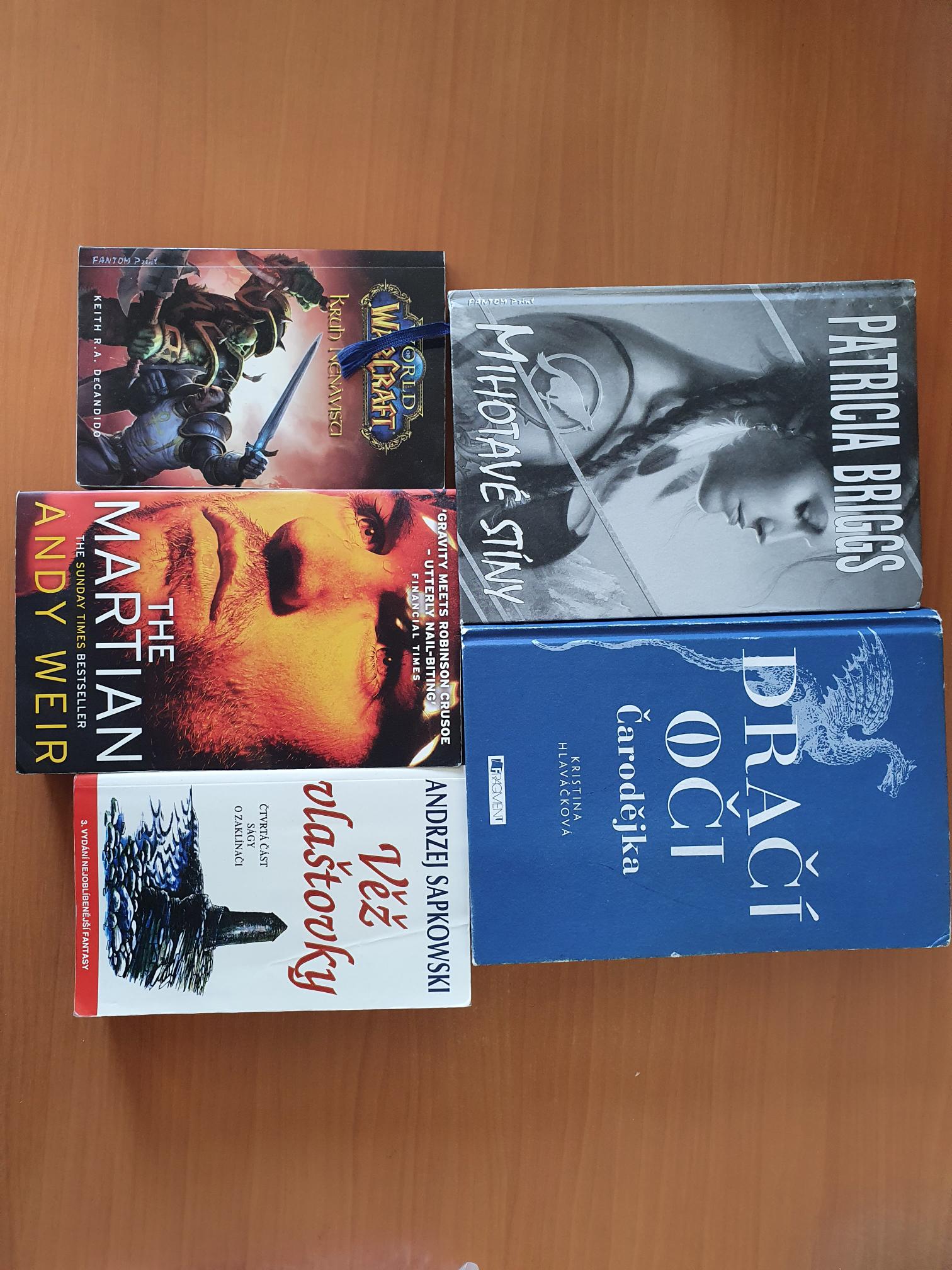 It has all the things it needs and none that it doesn’t.

Imagine creating/developing your dream game without any limitations. What would it look like?

I’m not telling on the off chance I actually get to make it one day.

Did game dev change your view on games, and how?

Nothing is ever as simple as it seems. All the pieces of a game are so interconnected that using “domino effect” to describe what happens when you change one doesn’t really do it justice. So if you’ve ever seen a problem in a game with an easy solution, trust that it’s not that easy; otherwise it would have been fixed before the game made it into your hands.

Is there some advice that you would give to other technical designers?

Communicate. I think that the most underestimated part of the job is communicating with other team members, mainly other departments. It’s usually more important than implementing a superb technical solution.

Question from Štěpánka Šrámková (QA Tester): What was the last video game you played start to finish?

I re-play Star Wars Jedi Academy about once a year, usually in one sitting.