Comanche Full Release from Early Access and Game Preview is here! Together with Nukklear, we have built the game defined by three main pillars. It is evolving singleplayer campaign, challenging Conflicts missions, and competitive team-based multiplayer. Good news is that Comanche is now available on all the major PC stores so that players can expand their favorite game library, be it Steam, Microsoft Store, or newly added GOG and Epic Games Store. 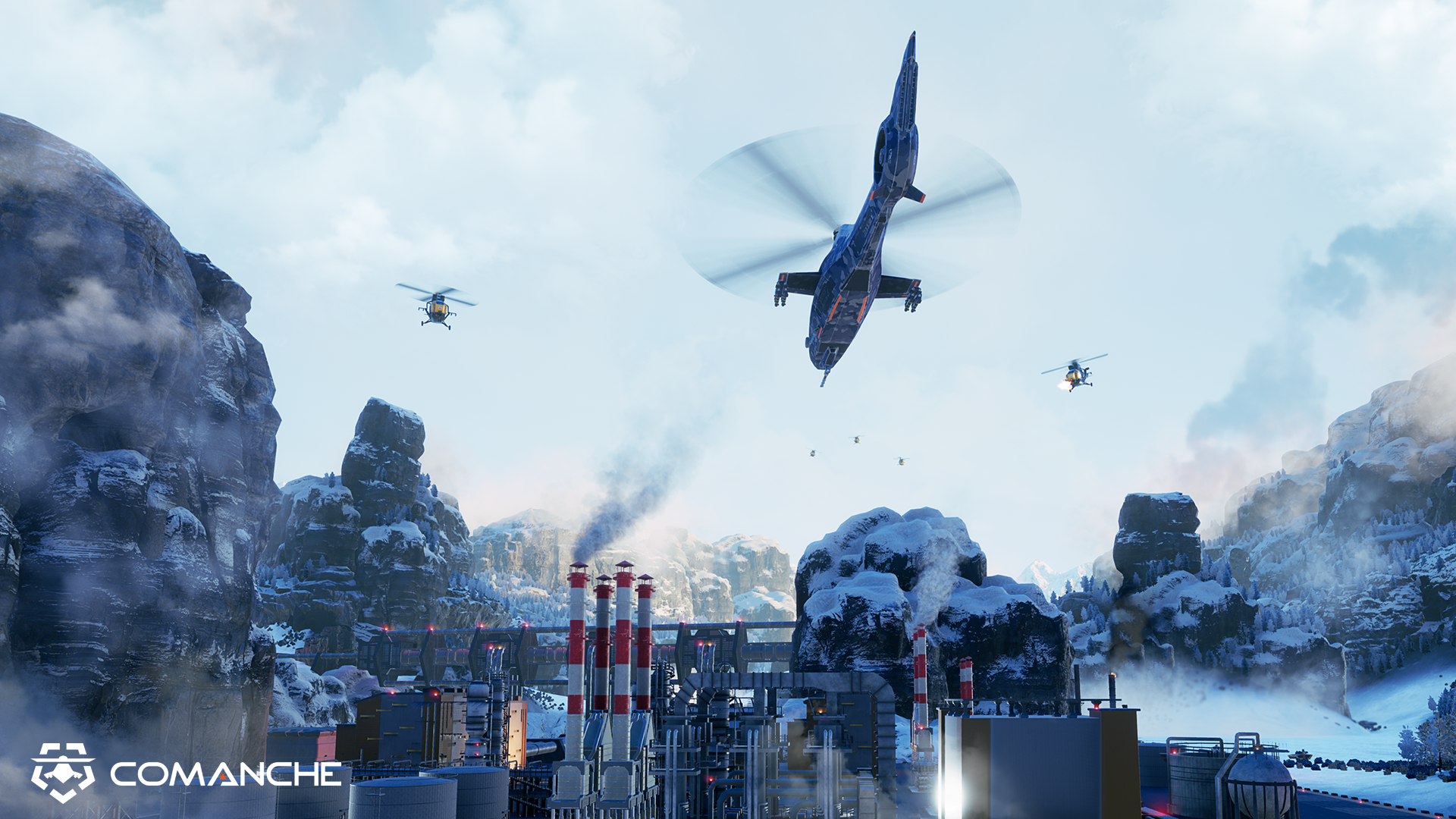 Our team started working on Comanche early this year while the game was already in Early Access for quite some time. We did our best to research the community feedback calling for more focus on the singleplayer part. For this reason, we have added a new game mode called Conflicts with challenging missions ready to test your skills. In the full release, seven brand new Conflicts missions await to be conquered and mastered. For the first time, you can pilot different Comanche variants in some of them. One disclaimer needs to be applied: Conflicts progression has been reset as several achievements depend on collecting the medals and improving the stats per Conflict. You need to replay the missions, many of which have received visual and gameplay updates since their first release. The story campaign got some visual improvements as well. 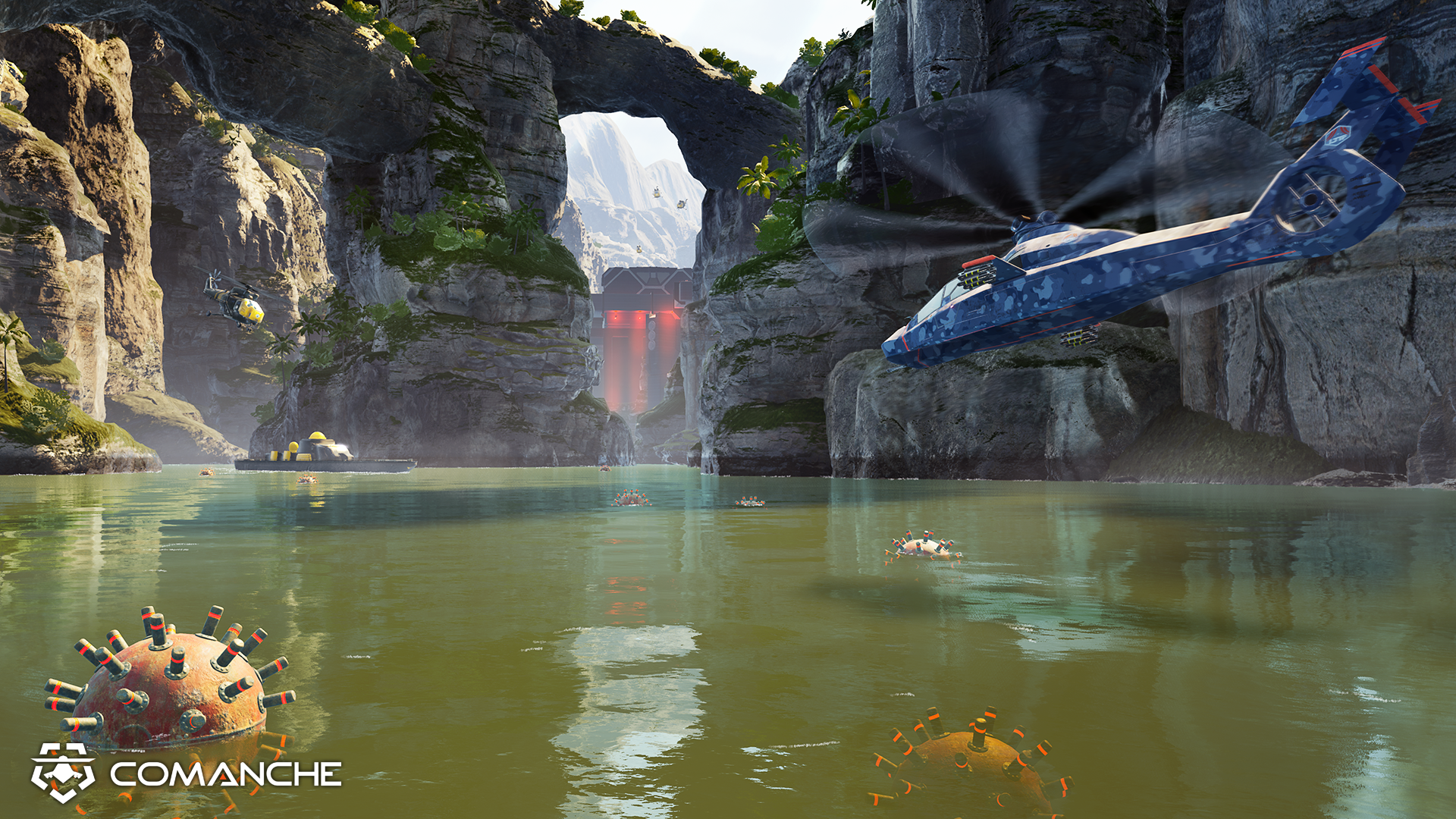 The next most requested feature by the community was offline mode, so we prepared everything this way. Comanche no longer requires an internet connection unless you want to compete in multiplayer. Also, all the information from the multiplayer hangar is available even in the pause menu. Yet that’s far from everything we have added recently. There is even a handful of new enemy units to face. Deadly sniper railguns will take you down in a moment without any hesitation. ICBM carriers need to be disabled before they launch dangerous payloads causing fatal damage. Last but not least, we have tweaked even the tutorial mission and clarified hints to make the learning process easier. 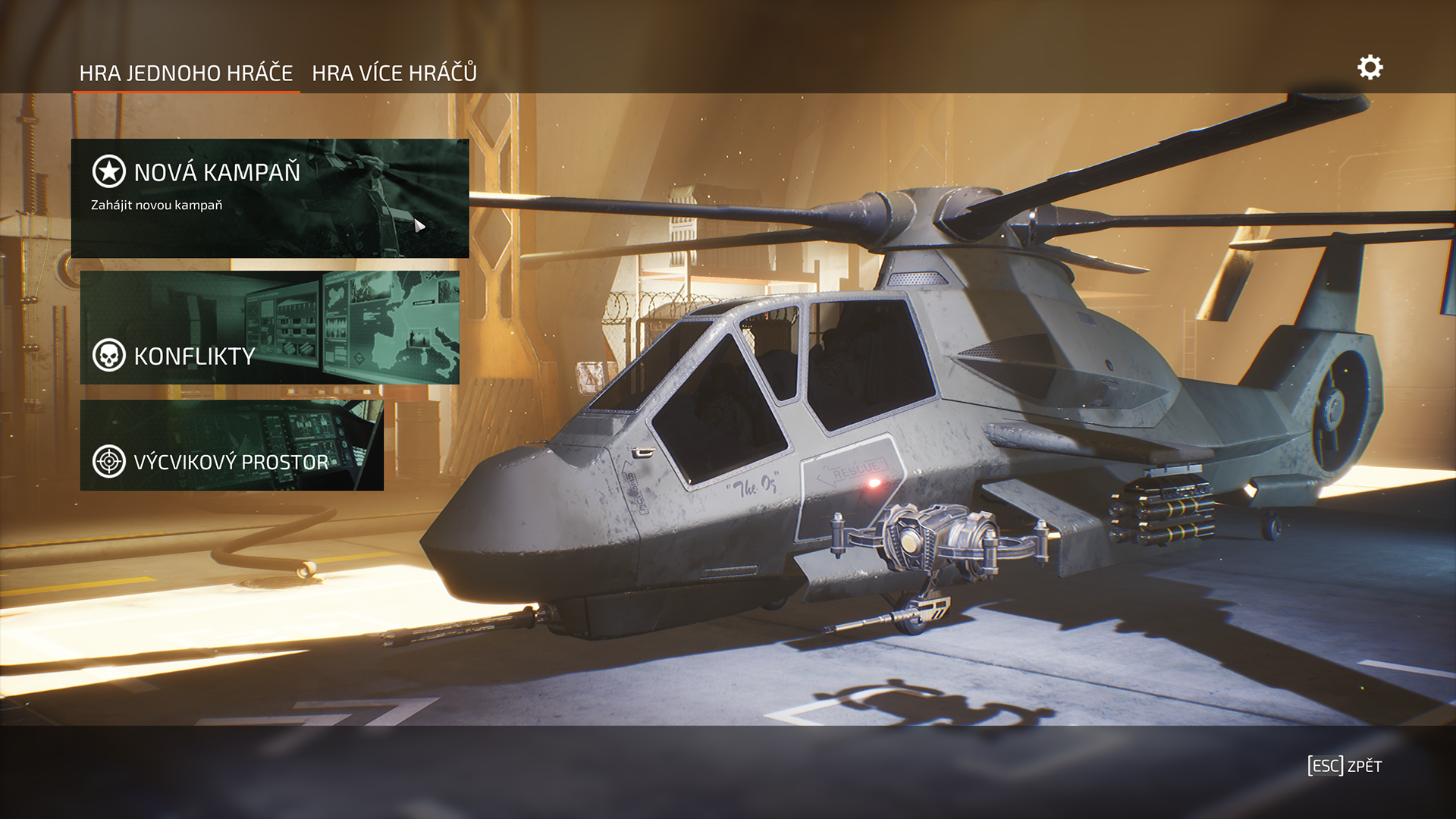 The experience outside of the game is vital as well. We have lowered the language barrier by adding full-text localization for English, French, German, Spanish, Polish, Russian, Simplified Chinese, and Czech. The community can now beat all 29 achievements (Steam, Microsoft Store, GOG) or collect every trading card (Steam). Form them into badges and obtain emoticons and backgrounds with Comanche theme.

We want to express our great thanks to our Early Access and Game Preview Community. Your support and feedback allowed us to shape and improve the game for everyone. We hope you will enjoy the game and have a lot of fun flying Comanche. 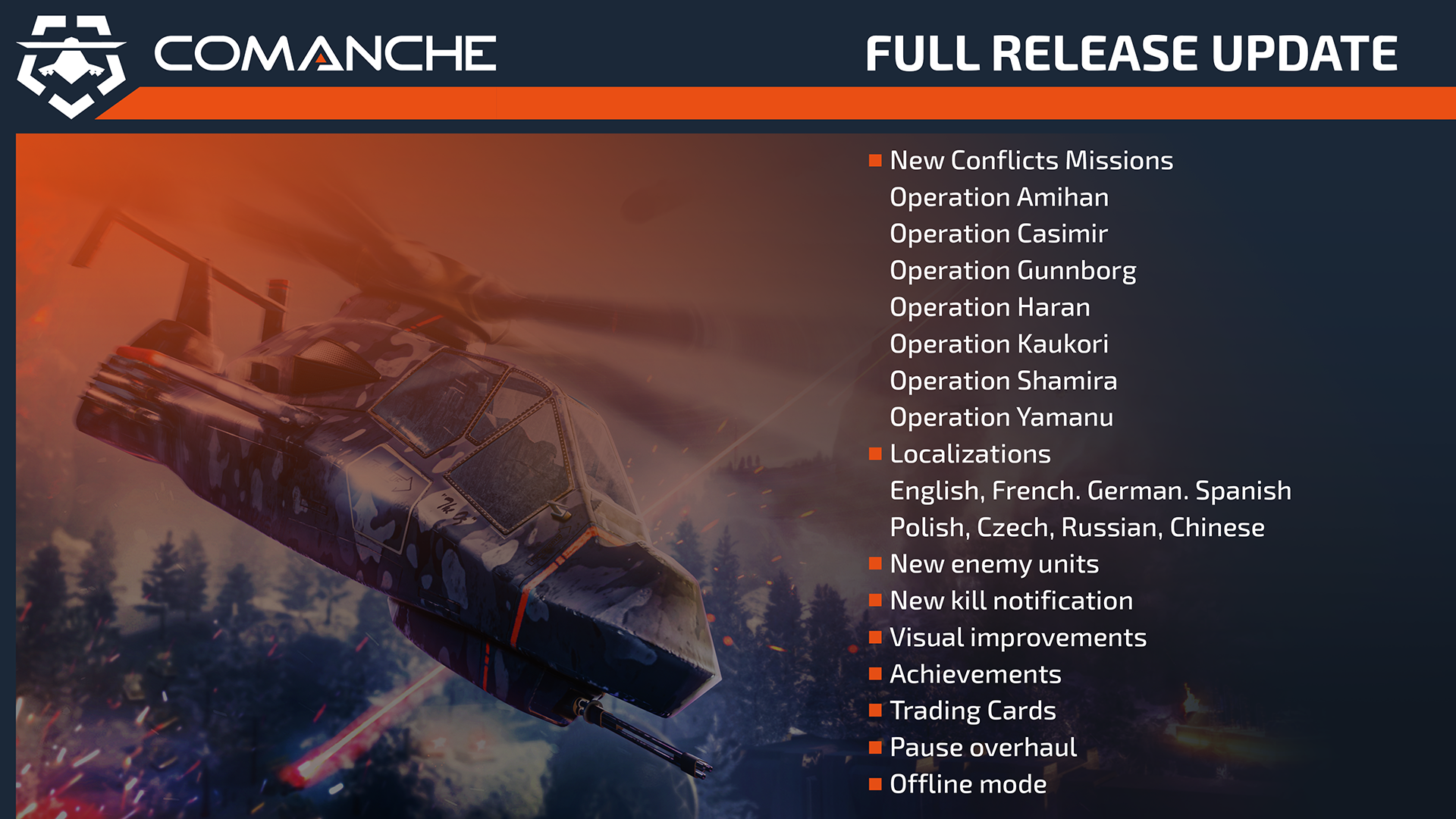