We are bringing regular personal interviews, so you can get to know more about the Ashborne Family and its members. This time meet Miloš Palguta, an Art Director currently overseeing the whole visual style of our unannounced project 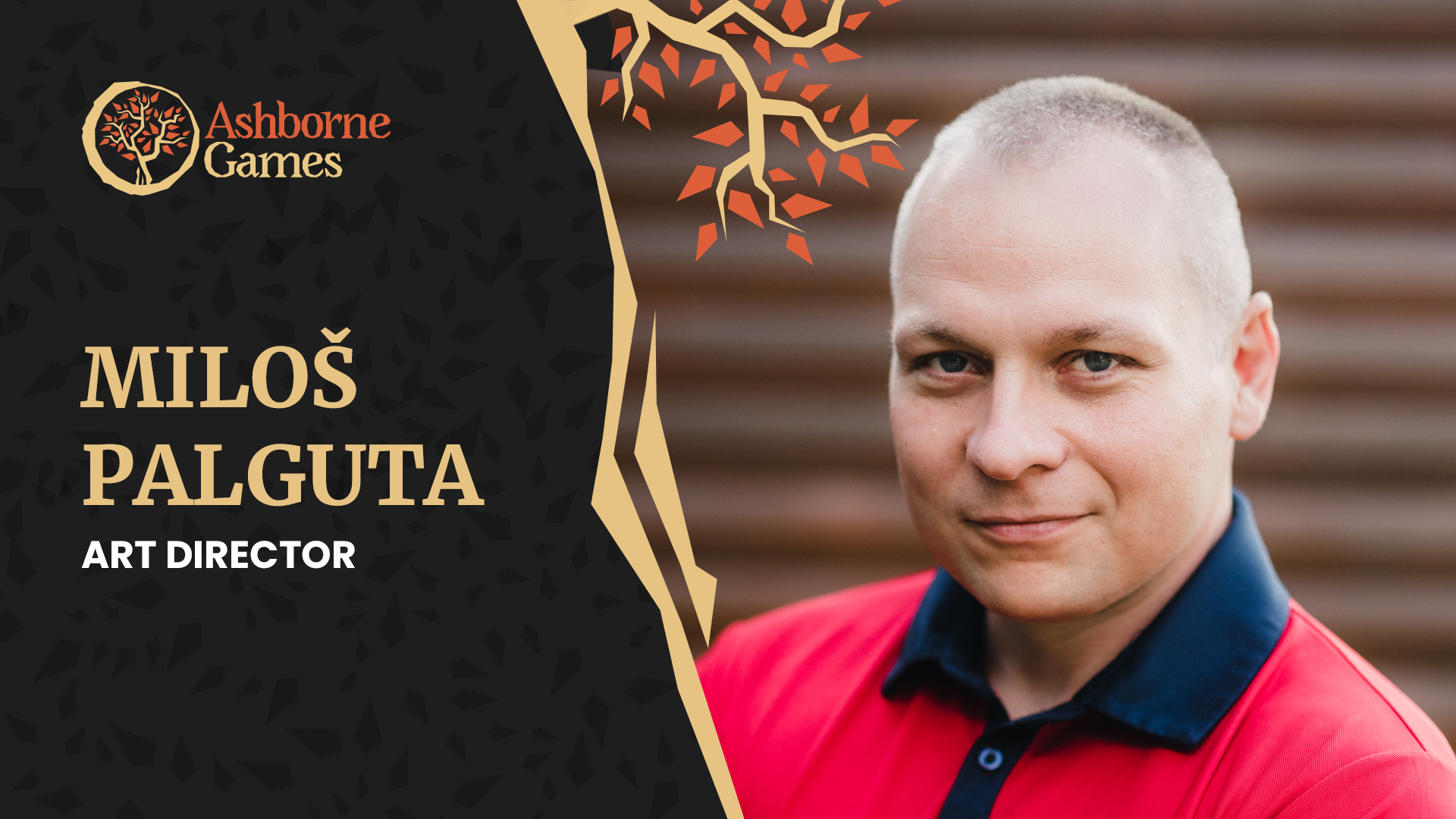 I'm an Art Director, and as one, I have quite a few responsibilities. I do high-level management of 2D and 3D Art teams. I bring all the good and bad news to them. I support them with their needs of software, hardware, plan work, manage vacations, and much other stuff they could come up with. But mostly, I care about the art part of games we do over here. That means I'm responsible for setting standards of visual style, and I have to make sure other team members are meeting them. I'm doing reviews of art assets, proposing changes and improvements. I also review our games as a whole to ensure that all aspects are working nicely together. In my spare time, I do concept arts for stuff that has to be done. And then there is Art Bible. It is like a small project itself that has to be made by Art Director. It is a book with tens of pages that set all visual standards, requirements, and limitations for every project.

I tell everybody how ugly everything is! Naaah, just kidding.

Many times artists go into insane details and forget about a whole or vice versa. So I usually come in with some insights that push their work further. In other words, I have to see the forest and also the trees.

How did you become an Art Director?

I started to lean toward computers at a very young age. My parents bought me this communist knock-off computer called Didaktik M. Let's call it Eastern block ZX Spectrum ;). It had a 4MHz CPU and 48KB RAM. I spent all my free time on this machine playing games. Later, they bought me a PC-386. It was a massive leap in graphics, and that was when I started to look at games not only as a product of fun but also as a product of art. After some time, I stumbled upon 3D Studio 4, a 3D modeling software, and I instantly fell in love with computer graphics. I was learning 3D modeling on my own. When the time came to choose my university, I went to the Brno University of Technology, where they had study major Computer graphics and multimedia. 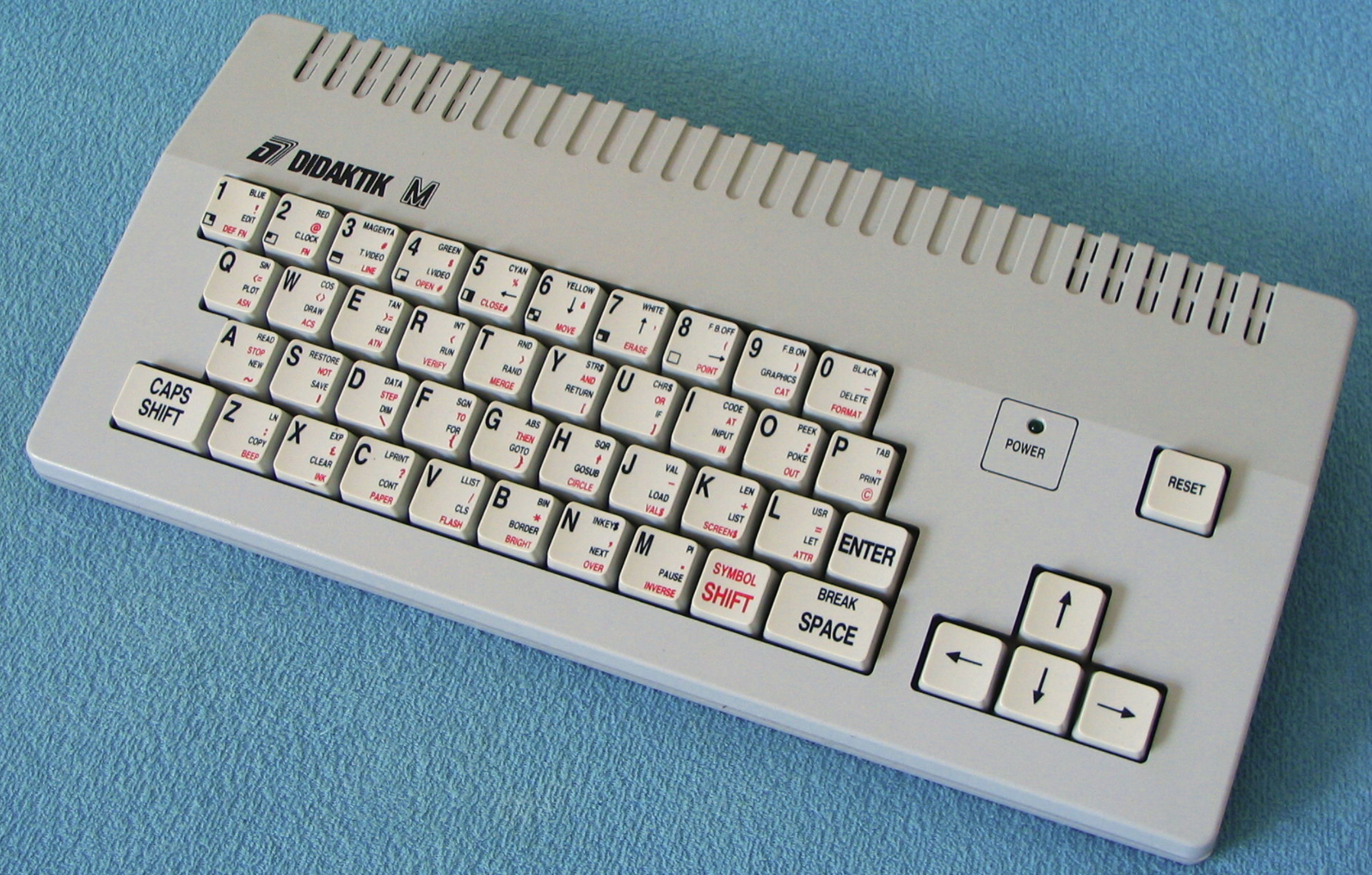 Had I known that this would not be making graphics but rather pure programming, I would choose another path. During my studies at university, I got my first 3D Art job as a Junior character artist at Illusion Softworks. At that time, they were working on Mafia II, and one other project that was canceled after the studio was bought by 2K. After I graduated from the university, I became a freelance graphic artist focused mainly on 3D graphics. Yes, yes, I did it despite my aversion to programming.

And then… babies happened.

One was laugh, two were tough, three were enough. Working from home with three kids running around was making me work from wake up till falling asleep. Who would know that covid will put me in the same position years later? So I applied at Bohemia Interactive as a Senior graphic artist. After I got hired, I was given the opportunity to become the lead 3D artist in the Thai branch. I spent there almost two years and then returned to the Czech Republic. Over here, they offered me to become a lead artist on a new FPS game and retain a ruling hand over Thai artists. Over time, another lead artist left in Bohemia, and I got to oversee two projects at once, and I have met my current colleagues. At that point in my career, I had 27 subordinate artists. Yeah, crazy times. After some time, I decided it was the right time to move on with other members to Ashborne Games for the new opportunities and challenges.

Over my 15+ years of professional experience, I worked on plenty of games. Most notable are Mafia III, Arma 3, DayZ, Vigor, and Silent Hill - Downpour. My favorite would be working on Bohemia Interactive projects because I loved people who shared offices with me.

What is your favorite thing about Art Direction? Least favorite?

I love that after so many years in 3D, I get to work much more in 2D. I can do overpaints, concepts, illustrations, etc. Least favorite? Well, probably bringing negative feedbacks to people, but there is not much because currently, my team is full of seniors :)

Taking in perspective the "historical" word… Company of Heroes, Total War, Stronghold for RTS, and Diablo for RPG.

Besides family stuff and playing a lot of games… After putting down "an electronic brush," I pick up real one and paint miniatures. I also love to read sci-fi books, watch TV shows and movies while hugging my wife. 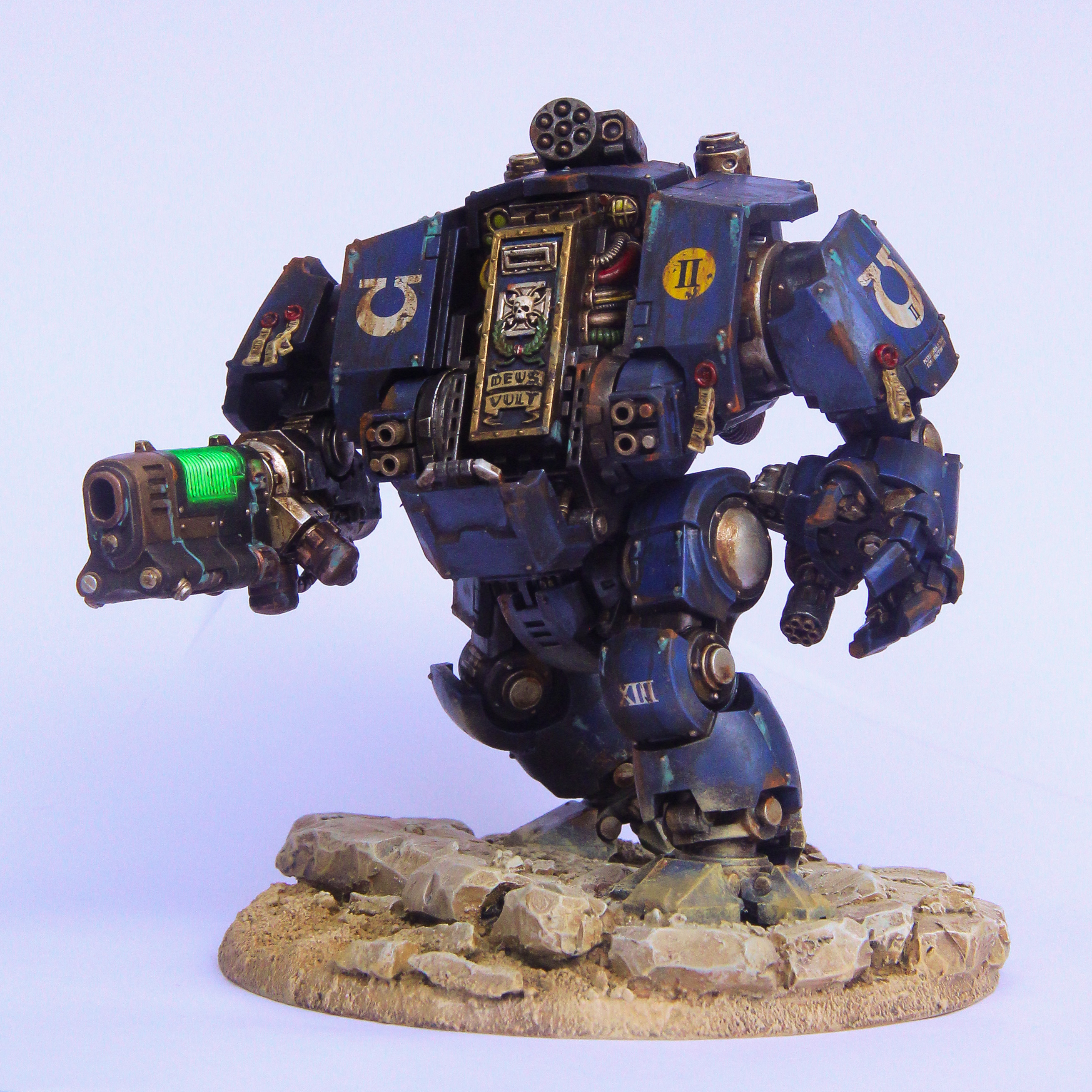 By looking at my youtube home screen, I love to listen to Of Monsters and Men. Oh, wait, that is not my favorite music… That is my wife playing this stuff every time I stand up from my PC. I love to listen to Synthwave, lo-fi hip hop, old-school hip hop, and occasionally power metal. For the other stuff, I'm all about sci-fi, ideally mixed with some grimdark or post-apo. As for movies, I have one particular title in my heart that will never be replaced. It is Predator (1987). But otherwise, excellent examples of movies I love are Edge of tomorrow and The Matrix. And let's not forget space operas like Interstellar. But not Gravity! I'm not too fond of this movie. TV shows that come to my mind are Altered Carbon, Expanse, and Picard. I love to read Warhammer 40,000 books. I even listen to them as audiobooks. However, the only book that will be my all-time favorite would be 13th Legion by Gav Thorpe. It was my lore introduction to the Warhammer 40,000 world. 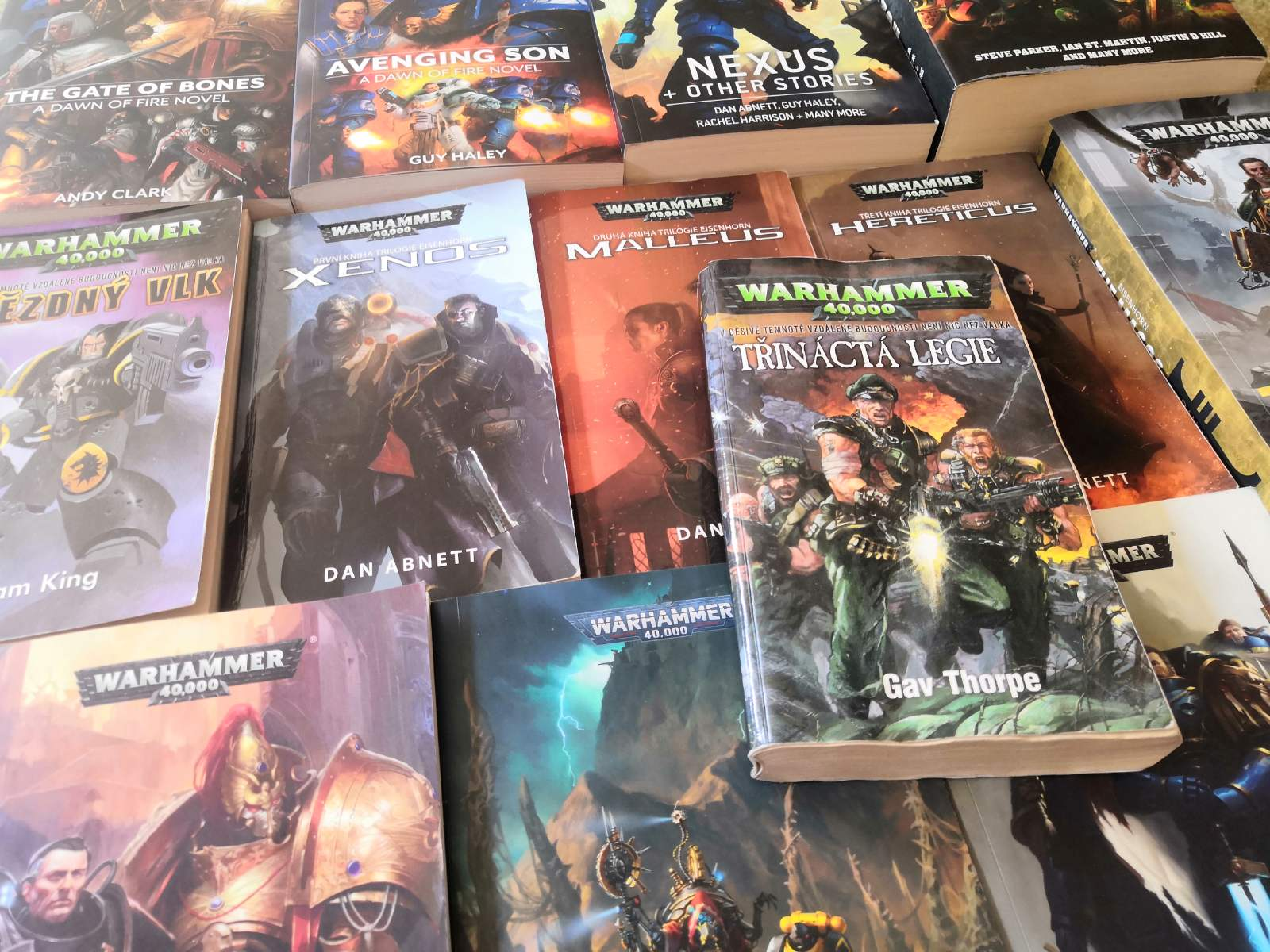 X-COM: UFO Defense. I can still remember being scared during terror missions and waiting for what kind of alien would come to gut my soldiers from the dark. And soundtrack… yummy! Even after so many years, I still love to play this game.

Jagged Alliance 2. IMHO the best Turn-based strategy gameplay mechanics of all time ever. I'm still waiting for some studio to make a worthy successor to this gem.

Deus Ex. It is fantastic sci-fi full of high-tech augmentations. Cyberpunk probably will get to this list, but I wait for patches. :D

Dota / Dota 2 are more like honorable mention because I spent roughly 3.000 hours in these games. ;) I stopped playing after skins and effects went out of control and started looking like an epileptic seizure.

Gameplay. Even in our art department, we have a saying: "Gameplay before graphics." It is the truth because if a game looks stunning but is boring, it won't find a place in your heart. I would say it does not work that way vice versa.

Ahem. Did I mention Warhammer 40,000 yet? It would be very grimdark. Thick atmosphere. Realistic visuals. Currently, the closest games to my visual liking from that universe would be Darktide and Inquisitor Martir. Or, that worthy Jagged Alliance successor.

Yes, very. Many times I stand somewhere insignificant and observe graphics. I would say that I usually spend 25% more in games looking around than I would by just playing it. A great example would be the Destiny games. I recall myself just standing and watching vistas in awe.

Is there some advice that you would give to the other Art Directors?

Look at the latest allegations and scandals in the games industry. Stay human. Even such high ranking position does not permit you to act like an arrogant jerk. People like to do stuff for you if you are friendly and honest with them. And even if they do not, you have no right to harass them.

Question from Peter Minďas (Senior 3D Artist): How do you perceive the computer games graphic industry and how it has changed over your time spent in it. Has it changed only for the better or also for the worse?

I remember when I was creating maps for Half-Life 1. Just diffuse textures and hundreds of polygons. Simple lights, no shadows. Later, when I joined Illusion Softworks, we worked with normal maps and a couple of thousands of polygons. The lights were still ugly, but with more options to fake them to look better. And now we have texture sets that simulate the natural surfaces, millions of polygons on screen, and lights simulate the real-life bouncing of photons. Unreal Engine 5 is getting us closer virtually to limitless polygon counts, and ray-tracing is smearing the difference between games and movie graphic quality. In the future, I can see path-tracing and VR becoming standard. And then we can happily dive into the Matrix. Overall, I think the graphic industry made a giant leap forwards. And it is a big plus. But it also has some drawbacks, like production times are getting longer and requirements put on artists are getting ever harder. I’m glad that I entered this industry a long time ago :D